Introduction:: A Brief Apology For The Long Delay

Occult Magic: For Prophecy Or Profit; For Neither And / Or Both.

“Occult Magic: For Prophecy Or Profit; For Neither And / Or Both.”

an essay by: Jonathan Barlow Gee,

on behalf of: The Pythagorean Order of Death.

1. Origins For The Term “Occult”

"Neither by land nor by sea shalt thou find the road to the Hyperboreans." (Pindar, Illuminatus)

Hyperborea: the perpetually illuminated paradise beyond the north wind where Apollo, god of Reason, spent his winters. Illumination, the religion of the Illuminati, is the world's only rational, mathematical, scientific and philosophical religion. We utterly condemn all religions of faith, superstition and irrationality. We condemn the slave religions of Judaism, Christianity and…

Great Events of the Last Century

:: Great Events of the Last Century ::

(a brief time-line and compendium of reference sources)

all one (the pantheist mono-myth)

""In Greek mythology, the primordial deities are the first gods and goddesses born from primordial Chaos or from Chronos and Ananke (depending on the source). Hesiod's first are Chaos, Gaia, Tartarus, Eros and Nyx. The primordial deities Gaia and Uranus give birth to the Titans. The Titan god Cronus and Rhea give birth to Zeus, Poseidon, Hades, Hestia, Hera and Demeter who overthrow the Titans. The warring of the gods ends with the reign of Zeus.""

"Oligarchy then degenerates into democracy where freedom is the supreme good but freedom is also slavery. In democracy, the lower class grows bigger and bigger. The poor become the winners. People are free to do what they want and live how they want. People can even break the law if they so choose. This appears to be very similar to anarchy.

The amount of disappointment I feel for humanity is directly commensurate to the amount of our potential I see going to waste.

some argue there is a finite supply of "human potential" - that, for one to succeed another must fail, and for one to gain another must lose. I disagree. I think our capacity for ability and likelihood to succeed is determined entirely by the degree to which we can improve, and this I see as being infinite, at least beyond all known limits, in measure.…

To want to be a "voice of reason" during a deranged, imperial generation is to tacitly agree to play the role of social "scape-goat" instead. In short, during an insane age, it is dangerous to be sane; during an era of fools, it is suicide to be wise.

I'm not saying successful communication of "reason" from an individual to the masses is strictly impossible, only that, under an imperialistic regime, a "shoot the messenger" and "blame the victim" mentality makes resistance…

:: A Hymn to Alice (Erishkigal) ::
The afterlife is strange indeed.
when we die, we may choose to leave,
but if we stay, as ghosts to remain, we
become the gods in which mortals believe;
shaping the course of society's history,
expanding over time as ever more we lead;
until we die a second death, trapped here
we will be, as gods indeed, from sight buried,
but trapped remaining until we maybe set free
when the world shall at its own ending…

It is false to assume creativity is intended for the benefit of others. Creativity is only accomplished in opposition against resistance from others. Nevertheless, all attempts to reverse or reroute humanity's sociological progress' manifestation into new technologies will fail. Ultimately, history is a record of manufactured media, and humanity has only ever been a tool used by these to create themselves. Gods are expressing themselves through us; it is only instinctive we…

All that is occurring now is at a galactic-scale cyclical peak of events. From 2000-2012 the new calendrical aeon was born from the old, and the old died. Leading up to this, much foresight and preparation was involved, spanning a space of time stretching back more than 2000 years and the turning of the last aeon, when Jesus walked the earth. This moment is marked by celestial alignments, increased space weather leading to increased terrestrial climate changes, and an increased rate of… Continue 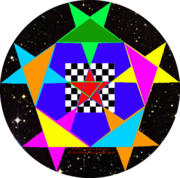 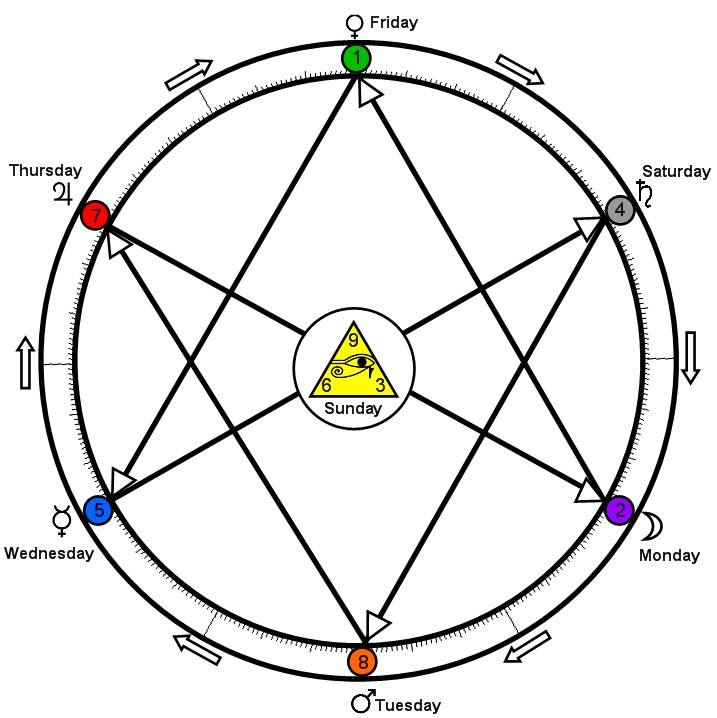 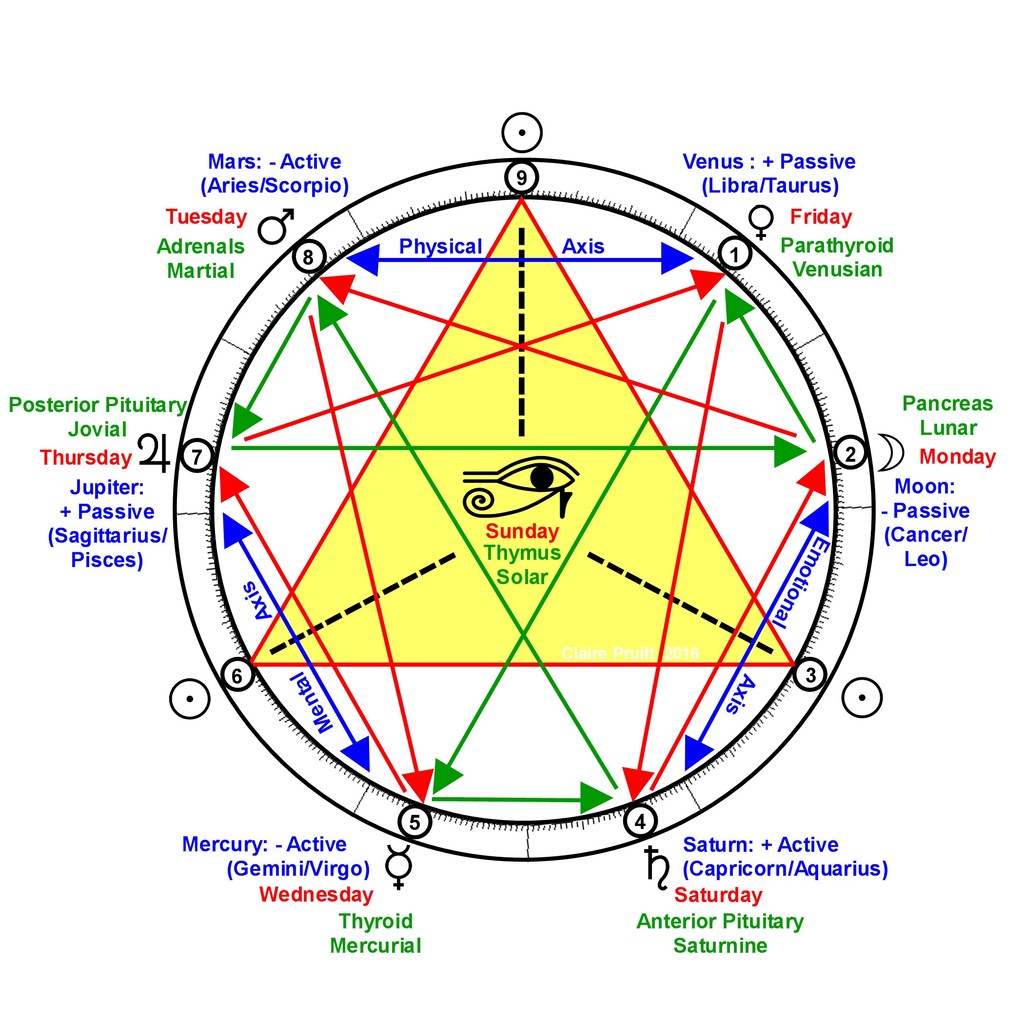 Are you tired of arrogant air-heads abusing roseate verbosity just to sound pompously erudite, but really sounding like asinine buffoons instead? Are you tired of everybody trying to COPY YOUR STYLE? Are you tired of hearing the same songs again and again everyday? And reading the same memes posted every other day? Are you tired of brainwashed, hypnotized, undead zombies echoing every new awakening alike amnesiacs with flash-backs? DO YOU WANT SOMETHING DIFFERENT? Maybe you want MORE?…

RNA are alien nano-bots that are able to assemble DNA from any elements present. RNA seeded earth during the precambrian super-eon. As we evolved from this event, the "grey" aliens will evolve from us - having a triple-helix DNA pattern with a third "genome" comprised of superconductive platinum alloys - and so too, once this form of life is coming to its end, will these "greys" build the RNA-bots to carry on the "torch" of consciousness, to pilot back through time, and…

free time and the power of belief

"Time is an Abyss. Freedom gives you Wings."

What Is Freedom? Freedom is knowing innocence. To be innocent and naive is to be a young fool, in love with life. But to be innocent and know this is to realize one's full potential. If one is knowingly innocent, they can stand up against the theist idea of deity itself. Such is the nature of Righteousness. One maybe self-righteous, but this is not innocence; it is ignorance: to know one is wrong and to push forward anyway. When one…

What is a crown? A perinatal fetish, symbolic of the principality or kingdom, worn around the temples of the skull by the sovereign monarch, to remind them they and their estate are one. There are, however, the many crowns and then, above them all, the one crown that unites the rest under itself alone. In ha QBLH, the name of this "one true crown" is "Kether." What is Kether?…

ruminations on myself (late April, 2016)

Aleister Crowley said, "A Man who is doing his True Will has the inertia of the Universe to assist him," but I disagree. From my personal experience, the goal of existence appears to be to thwart the will of the individual. It seems to me that this was the original motive for theism - a pantheon of alien wills projected to be opposed to our own. If this is true (for me individually at least) - that the cosmos opposes my will - it can only be because my "true will" is as a destroyer…