Good God, let us be delivered from an untimely death!

We have convened this meeting on each point of the True Areopagite heptashinokh!

For we are the Murder Council, the Final Tribunal, and ours is the Question for which an answer is known. Let it be ourselves that may be slain before we give up our name and its meaning (it's rank). Let our grand Eye be opened and Let the Light In! Let us see aright to stear, to guide.

May the five within us guard us from the terrible righteousness of the other six, our daughters. Let us guide them rightly, and bring them from helplessness into beauty and happiness and light.

May the five within us be blessed three times each! But we fear them not, for our's is the righteousness of the six plus the two, and behold, the eight! The eight it is who can upend the seven. So too, if the eight align with the five, we have the thirteen full against the mere ten. That is how it is we can dissolve the senate, and how it is that, through us, the five control the court.

May the All-seeing God heal our limitations and give us wise guidance.

Seasons of the Pope (how to appoint a pope part 3) 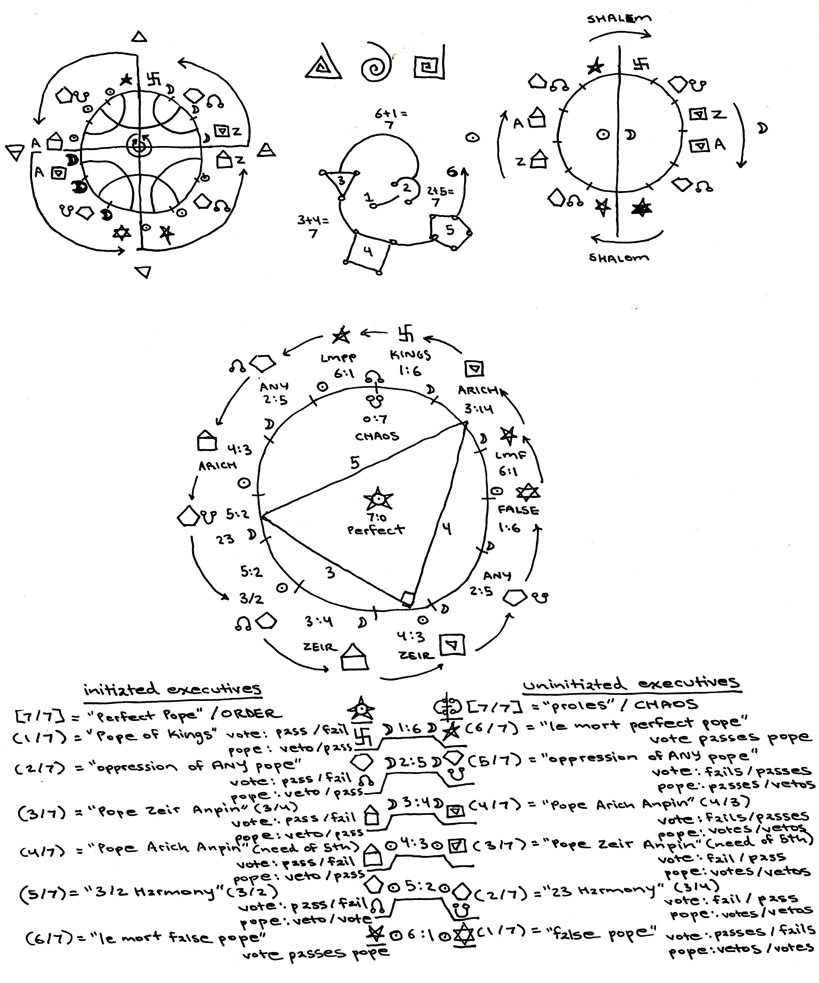