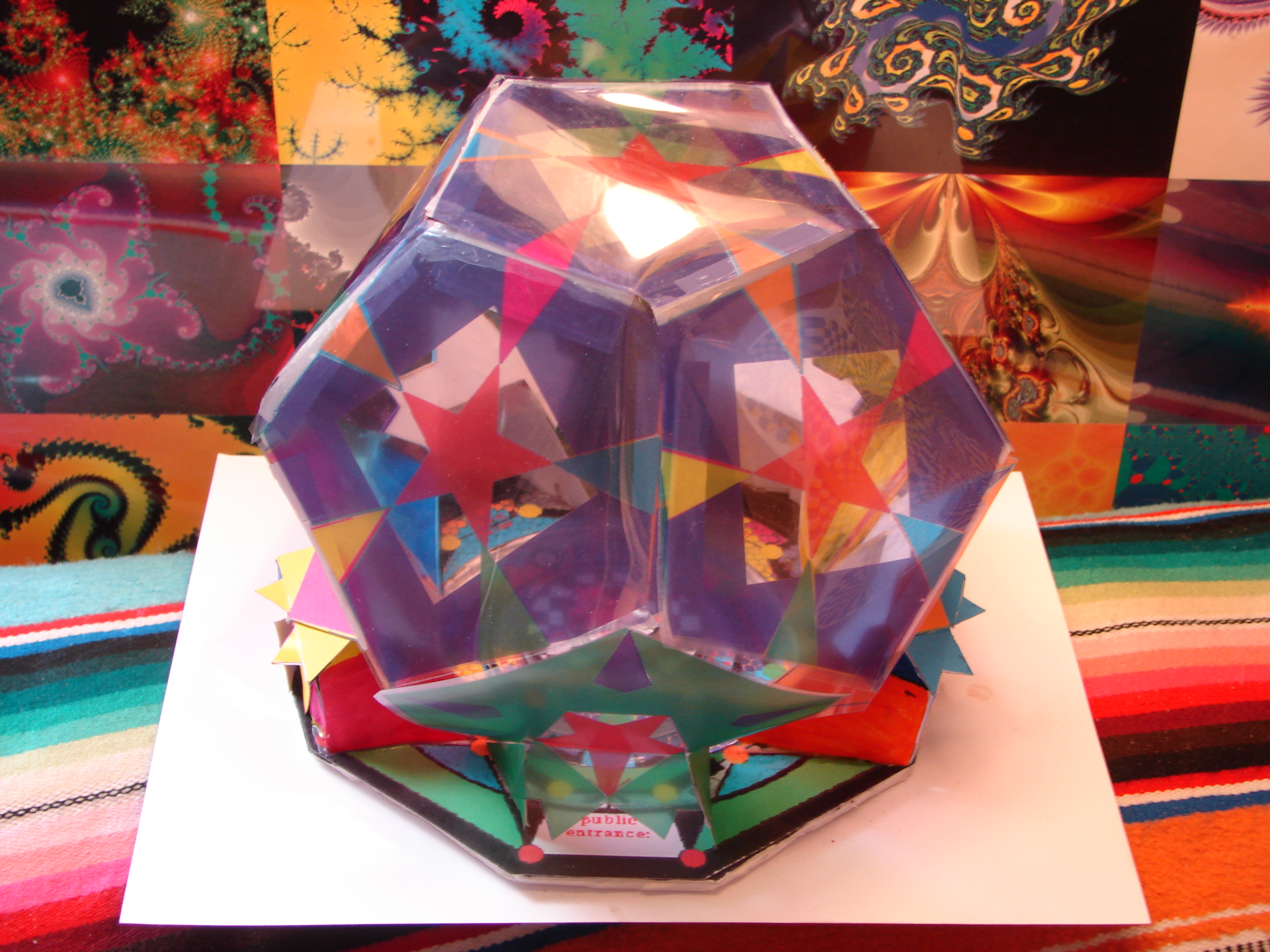 here is a public view of the complete Senate building. (click pic for a page on this model.) The overall shape is a dodecahedron composed of twelve sides (10 walls one ceiling and one floor) of five corners each. Stained glass windows cover the walls and ceiling. Outside of the building are five public courtyards with small fountains serving as a common meeting ground between the four closed lodges and the public entrance.

here is the public entrance to the open Senate. At the entrance is a revolving door and inside this is a small well chalice into which the black and white voting chips are anonymously cast.

here is a top view looking down from above the floor of the Senate lodge. The revolving door is at the bottom, and above that the voting dish. The red pentacle of the four executives of the closed lodges and the three pillars of the law are in the centre. Between the three pillars is the Pythagroean theorem triangle, known as Euclid's 47th proposition. Each lodge is labeled, each with its accompanying bench of Senators and chair for its governing executive. 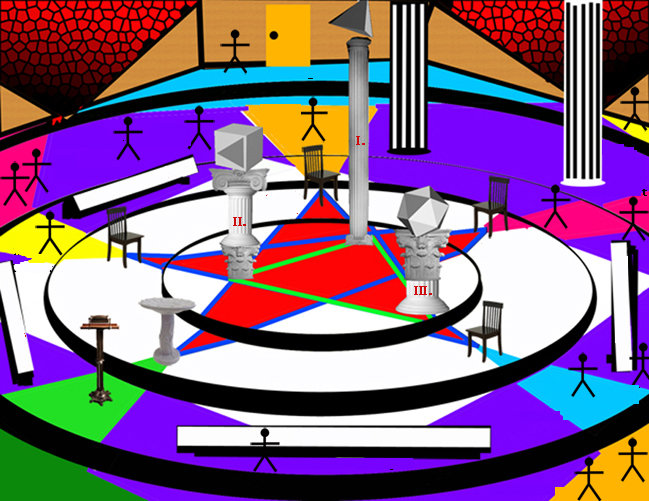 Let's look at them now.

the three pillars of the Law:

here are the heights of the pillars, and how their colours are determined. 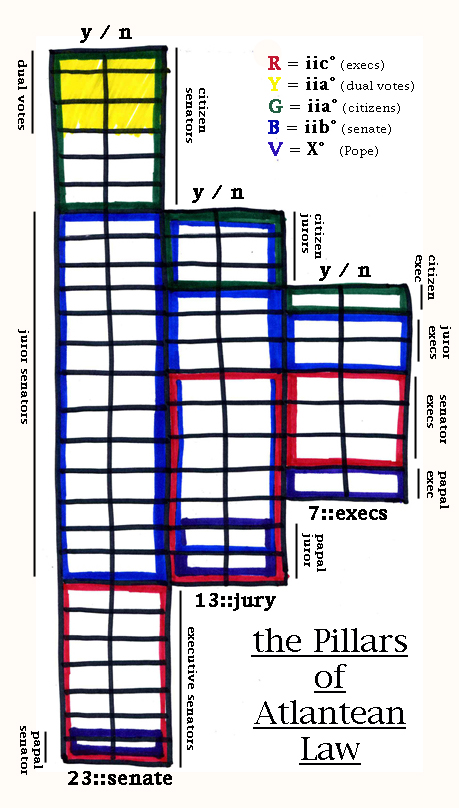 here is the garb colouration of the senators' robes that represent the various non-public lodges. Here we see the Essene Zealot representative of each lodge holds a scales, that the Knight Zion holds a shepherd's crook, that the Rosicrucian holds a rose by it's thorny stem, that the Illuminati representative of each lodge holds a lantern. The OTO, or chair, from each lodge holds a gavel. All are masked to protect their identity while in the senate. Each lodge has three alternates for each position (therefore each lodge is the size of an a non-sanctioned papal consul) and, while one alternate (drawn by lot) sits on the bench or chair, the other two alternates stand guard at their respective positions, known only to those alternates. Here we see the top group of senators represented here is that of earth, followed below by air, below that by water and beneath all fire.

of course, in the above depiction, the senators stand "chronologically" from left to right and the order of the different elemenetal lodges circumambulates widdershins. The actual positioning of the 20 senators in their positions on the 5 benches and in the 4 chairs would actually look more like this:

When the public senate is presiding, the Pope (OHO) does not sit in. However, if the Pope is called to consult on a matter in the public senate, or if the senate is in session while closed to the public, then the Pope presides on a swing attached between the pillars of Jachin and Boaz in the rear of the Senate building.

1 exec (min), all others drawn by lot from senate.

Replies to This Discussion