passage::"TC:HTWSSTKS"::Atziluth:conception::Fire::22
open only to Masons of the third degree, duly and truly.
The Optical Illusion of ImHotep


this is the exterior of the FIRE lodge 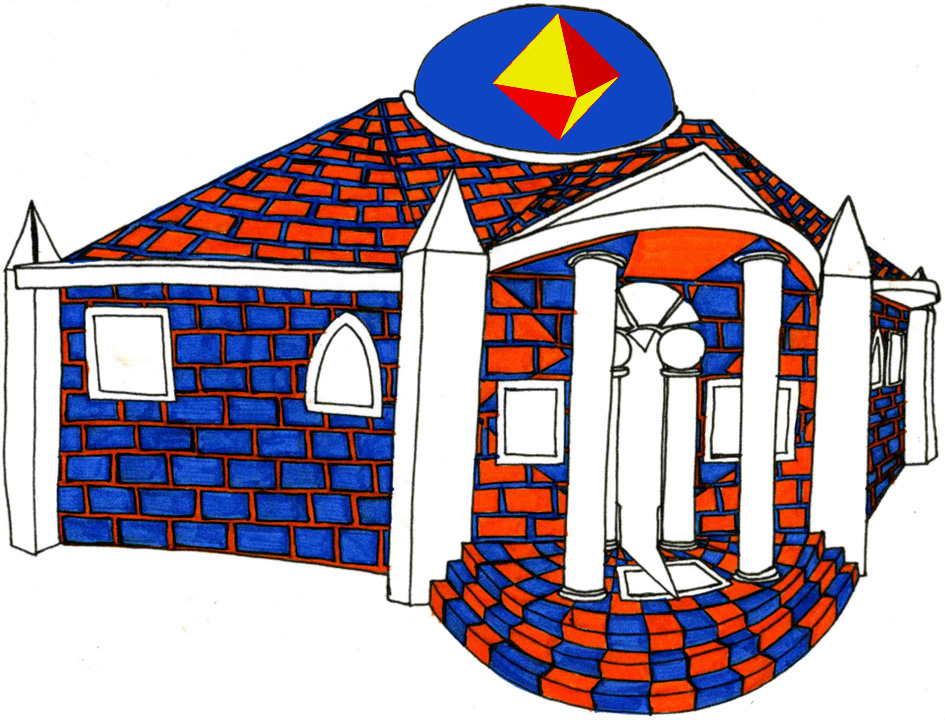 
this is the interior of the FIRE lodge


this is the FIRE lodge prepared for the ceremony

By the Pillar of Three, So Mote It Be.

The Optical Illusion of ImHotep

instruction: before being led into the vault where the initiation ritual will occur, the

this iic°, who explains to the candidate the background history behind, the

characters involved in, and the events portrayed by the iic° iniatiation ritual, thus:

"In the contributor's degree we learned about the dream that Cheops, Khephren and

Menkaure had about heaven. In the iia° of the symbolic series, we learned how

the monumental tombs envisioned by the 3 kings. In the iib° that followed, we saw

how NyarlaHotep attempted to betray and murder ImHotep. Although these events

have, thus far, been presented as true, we understand they are not necessarily

factually accurate. In this iic° we will learn what parts of this story are not factually

accurate. But we must remember that what we have learned, though historically

fictional, is only symbolic of a greater truth. Truth is infinitely greater than fact and

fiction combined, and just so is the One True God greater than all creation. Although

even the entire known universe, we must realise knowledge of such does not raise us

to be equal with God. By such knowledge added to such humility we grow wise with

understanding, and so may do God's work, thus earning His just rewards, these

rewards themselves are known only by God, and are not ours unless given to us by

Him. Thus, we will now learn how ImHotep discovered the truth of God greater than

all the falsehoods and facts of his creation."

confirms they do, then the Guide escorts the candidate to and through the door of the

Vault. Once inside the Vault, the Guide closes the door behind them and leaves the

candidate alone in the pitch-darkness. After a moment has passed, a deep, booming

"You have failed me ImHotep. To serve the desire for immortality in history did you

commit necromancy for three hethen kings. You may have believed I would judge

your deed only by its results, and not as the deed itself. Your motives may be just, but

if you do wrong to accomplish what is right you serve neither wrong nor right.

Because to do right you can do no wrong, then by doing wrong for the right reasons,

you only plant poison seed."

"Communication between the living and the dead is indeed possible. Even bringing a

dead body back to life. But by doing so we are removing their souls from the path of

evolution towards heaven. You did not know that your corpse workers needed their

own souls. You sought to make them all alike using only a single soul, thus making

the one an archetype above the others. But all things alive are individual and unique

by nature. By giving the quarriers oversight and teaching them what is right, you

have drawn out a unique soul in each, and these, being not born but brought to life

artificially, had to come from souls already evolved past death who volunteered to

return to life. What you cannot foresee is how these superior souls, tainted by their

dead flesh, will eventually turn against you. History, therefore, shall remember their

deed as immortal, but they themselves must be destoryed utterly. Therefore, you will

only be remembed to the degree you accomplish that, because your deed can only be

justified by their liberation. You must undo your deed of evil by freeing the ones who

accomplish good on your behalf. If flesh is their prison, or if it is Egypt's

Underworld, you and your seed shall lead them to liberation until the final day, and

that is my Commandment to you."

"ImHotep, this is what you must do for your workers: you must mummify their

corpses and then wait for them to desicate, each buried beneath a pyramid,

underground. Your offspring shall then dig up the mummified workers and burn

their bodies into ash. The ash must be mixed with water. The offspring of your

them beneath the surface of the Dead Sea. Inside these clay pots will dwell the

inside them will be found writings, directions on what next to do with these souls. I

will tell you that, by their right interpretation, the heavens will be opened up before

all, and all creation will be revealed. More than this I cannot tell you, ImHotep,

because of your servitude to these three hethen kings, though your heart was right,

your deed was wrong. Now the great pyramids will be forever falsely remembered as

tombs until judgment day. For only by freeing the workers' souls from their bodies

utterly will your offspring open the gates of heaven before the eyes of all. These

souls are my self-selected fallen angels, but they shall be the redemption of all

mankind. They willl teach everyone what you have taught them, and so the curse of

humanity, QBLH, will have survived the flood and destruction of Enoch's Atlantis.

ignorant blindness among some and true insight among only the few, until judgment

day. Only then will I send my own son, Christ, to welcome all humanity back into

their history. If was for the seven Archons' powers that the 12 Archons fell, and so

the flood destroyed Atlantis. But I tell you the 12 Archons only fell to the powers of 7

because of you, ImHotep. For you practised Necromancy to raise the powers of the 7

Archons, to anoint the dead with one new soul. By raising the dead you reincarnated

souls. When these souls are finally freed, on judgment day, then the temptation of

Adam by Raziel will finally be forgiven of everyone living and dead. Understand

now, ImHotep, that only then will they all be forgiven and until then all existence,

my entire creation, will remain the purgatory of all souls. ImHotep, the mind is the

inst: suddenly a rift opens in front of the candidate, whose eyes have by now grown

accustomed to the dark. At first a blinding light shines through. As the candidates

eyes begin to adapt, they can make out that the rift is the Jacob's ladder of electricity

arising between the twin stele from the preceding iib°'s ritual ceremony. On the far

side of the rift appears PtaHotep standing just behind NyarlaHotep, who appears like

a mummified reptilian humanoid. Suddenly, from behind the candidate comes the

voice of the guide, who snuck in behind them when the candidate first entered the

"It is I, NyarlaHotep. It is, PtaHotep. It is I, Imhotep returned from beyond t he grave,

in the realms of Nothingness beyond even the Underworld. I have come back from

beyond the Abyss that outstretches the deepest neteher-realms. Bow now, my son,

bow before your father who has conquered an eternity. Bow now, you traitor, for

inst: the Guide then grips the candidate on the shoulder, surprising them as much as

possible, and quickly turns the candidate around away from the spectacle of the rift

and escorts them hurriedly out of the vault and into the ante-chambre.

"So you see now how the ancient saying about looking long into the Abyss, that it

looks long into us, has a double-meaning for we initiates of the third degree. To clone

a body is to summon a soul, and to resurrect the dead is to reincarnate souls. In the

east this was believed perpetual and in the west associated with Judgment Day. But we

who have learned of Atlantis, the civilisation before the world-flood, know that this

only occurs if one raised the dead, and we understand this to refer to the activation of

"junk" DNA by using usually unused neurons. When we delve as deeply as possible

most fundamental levels. Thus, by altering our internal composition we project

change outwards that can have a direct effect on our surrounding environment.

multiverse and that the greater a universe seems within to be expanding, the more it