meditate daily on this and all shall improve in your life: 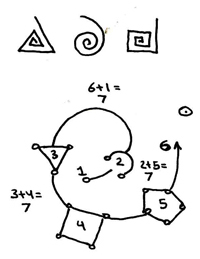 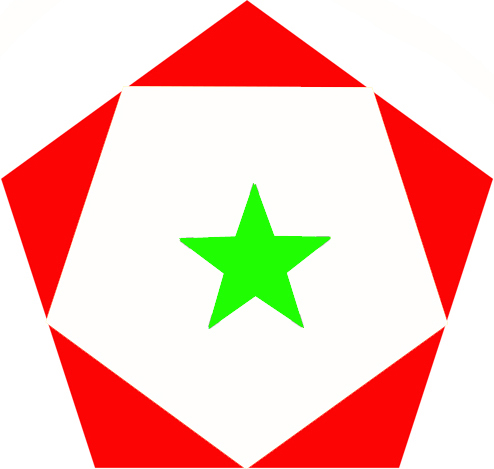 the white pentagon (upside down) inside the red pentagon (right side up) represents the spirit descending into the heart. This is the sacred mystery of the Catholic dove and the heart. The five sides of the red pentagon represent the five interior muscles of the heart (the four valves of the left and right atrium and ventricals and the aorta). The green star within is a mystery of myseries, not to be communicated yet at this degree. If asked about the green star by a priest explain it is the fifth of five, the other four being yellow, and that it is a symbol of Christ alive and uncrucified. If asked about the Green Star by anyone of a lesser degree than priest, explain to them it pertains to the saying "every rose has its thorn."

Four of the five Rosicrucians (requisite to function a public establishment) of the Monastery level of the quasi-religious path. All are of equal rank, and are also equal in rank to the fifth Rosicrucian, representing spirit. From left to right, here pictured are: the Ros. Cardinal of Water, of Air, of Fire and of Earth. Their grab is suitable for standard business by the five Rosicrucians of the Monastery as a round-table "board of trustees." All their left arms clench their chairs.

The fifth Rosicrucian in the Monastic level of the quasi-religious path is considered the stable balance between the four other Rosicrucians (who act as the Monastery's accountants) and the rest of the members (GD&OTO) of the Monastery. Therefore, their role is both clerical, as representative of the board of the Monastery's trustees, as well as clergical, performing such roles in rituals as the one depicted above.

The three Illuminati Cardinals stand for salt, sulphur and mercury. They participate in rituals only, and do not have any direct dealings with the feduciary aspects, aside from through the fifth Rosicrucian Cardinal.

The twin OTO Cardinals are dressed in spandex X-ray suits and wear elongated skulls. They perform in rituals only.